Classical Civilisation, Art History and Archaeology A-levels to be Scrapped

Classical Civilisation, Art History and Archaeology A-levels to be Scrapped

This week’s biggest education news has been the report that three humanities A-levels are to be scrapped: Art History, Classical Civilisation, and Archaeology.

The exam board AQA, which was the last board offering these A-level choices, has announced that the subjects will be dropped from 2018, which means that the students who are currently studying for the A-level (having started this September) will be the last group to have that option.

While it is certainly the case that each was a niche subject, with fewer than 1000 A-level students studying each of the three; and while they can hardly be said to be essential in the same way as English and Maths, we agree with those who have criticised this decision by AQA.

Notebook Tutors believes that it is essential for every child to have a strong grounding in the core subjects of the curriculum: primarily English, Maths, and the Sciences. However, an education that focuses on only those subjects, without allowing exploration of other areas, is limited and short-sighted. Our students should have the opportunity to learn about a whole range of different subjects, particularly those which can broaden their horizons and teach them about things that they may never have considered before. Some of our most memorable educational experiences have been in subjects that are now being scrapped – from learning about ancient Greek philosophy to ancient cave art, we have been enriched by these off-the-beaten-track subjects. It is a great shame that future students will not have the same opportunities. 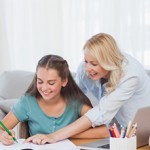